It's been a lot time since i'm writing something here, so now i got inspired aaaand here i am!
The time's passing soo fast since I started working, i don't have much time for johnny's ( BUT I STILL FOLLOW THEM HAHA ) so i have a lot of bangumi to catch up with ( but i listened to every album released: i'm still loving Japonism!! and kisumai new single <3 )
I just want to say happy holidays to everyone who's reading this <3 and good luck! I'm doing okay so i want to share some of my luck haha
byee

Hey! It's been a while I wanted to write something but i hadn't the chance, but I just downloaded the lj app! It's really awesome and it works. I remember i downloaded it a while ago and it wasn't this cool.
Btw tomorrow I'll go in vacation and I don't have WiFi, just 3G with my cell ( that's why I downloaded the app hehe ) I'm sad but i filled my pc with dramas and johnny's shows so it won't be a problem haha.
Two months ago I bought my firsts uchiwa, 5x10 arashi concert mini uchiwas! They're cute and I put them above my bed! Now when watching dvds i can flail with them and not with handmade ones ( which are terrible omg ).
I swear i'll try to put the photos of them today! ( even if i have still to finish my bags ).
Bye! Maybe I'll write often since I'm on vacation.

This period is pretty difficult for me, still no job but I can say that i'm happy, because it's in times like this that you have to be stronger, and I'm trying my best to keep me busy even without a job. I'm thinking about going to university in September but i still don't know which course. I'd love to do something related to Business and Marketing, International Relations etc but every single person I know is studying languages and things like that so lol i think where I am is pretty saturated this field.
Yesterday I was talking with my dad about one of my friends who listed in a society so she can have a big discount for acquiring a home in 3 years. And he was like, why don't you do the same... and i was perplexed. I mean, i want to travel etc. but I would love to think that i'll live in another part of the world in 4, 10 years. I still have so many questions, i think i still haven't found myself! I would be able to do that in 10 years? lol I hope!

So yesterday my hard drive was making strange noises, like the "tick tack" of a bomb ( lol no thanks i'm still here alive ), but it wasn't the first time so i just decided to continue watching files. I started panicking because It won't stop. So I just pulled the chord and it stopped.... and re-connected it....... AND IT WASN'T WORKING ANYMORE. I was desperate ( yes I'm using past verbs FORTUNATELY ) I even cried a bit ( .... i'm ashamed of this ahha ) but I have everything there, i put everything in my HDD to preserve them in case the computer shuts down ( the irony ah ).
But my computer resolved everything and restored all the files (*___________________________*) Thank you computer lol 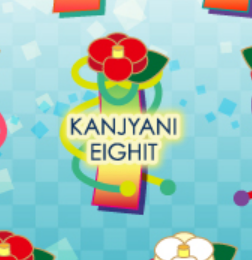 By the way, Happy New Year! A part from the Johnny's Countdown Delusion ( or JCD for short ) I'm happy to announce ( lol ) that I made it! I successfully watched all the KOHAKU! haha Good luck to everyone <3

It's been a while since I don't post here. Btw It's just a random thought... but why Tottsu ( from ABCZ ) in this period is ALWAYS and COSTANTLY wearing a hat? It's not like I see him everyday ( lol ) but in the latest Shounen Club he was wearing a hat, and even in magazine photoshoots! I don't have anything against that but I really like him and I'm just worried ( ok, maybe too much ).
I made a list concerning my preoccupations:
1. His hairdresser cut his hair badly. ( I mean, I would wear hats everyday too )
2. He had to go bald due to a play/drama. ( which I absolutely don't know, but I'm sure this is incorrect )
3. Bad hair loss. ( I would love him anyway )
4. He just likes the look. ( but...in every shoot??? why? )

I think the one he was wearing during Shokura just didn't suit him ( it was similar to the hat which Pharrel wears a lot, but shorter ) and I'm curious hahah.
Byee

The Digitalian has just been released and I already listened to all the songs more than 20 times each!
I can't really decide my favorite solo :S Maybe STAY GOLD :) Everything was perfect ^^
And the making... I forgot how they were made HAHA how much time has passed since the last one? XD
I wanted to talk about Yamapi's new CD, but I didn't listen to all of it '-' I was impressed by the remix of Daite Senorita! So catchyyyy *--*
For my birthday I received mostly money, two books I really wanted to read, loads of mini-gifts by my friends and a ticket for a concert...!! bye

Today I went to a big ( ok ENORMOUS ) mall, for all the day - It's been a lot of time I didn't properly go to shopping, and it was TIRING. Haha, maybe I'm not more used to this, and... I bought just a shirt. But it was funny and awesome ( esp for the food: yuuuummmy ).
Byeee

I found this test about Ipod/MP3 using shuffle!
Rules:
1. Put your ipod or itunes on shuffle.
2. Answer these questions with each song that pops up next, no matter what!
3. No lying! Be honest!
4. Stick with the next song that plays, no matter what it is.
5. This can turn out to be pretty accurate and/or funny,
I hope it will be fun! :)

1. How does the world see you? Thumb & Pinky - HEY!SAY!JUMP
2. What do you parents think of you? Troublemaker - Arashi
3. What do you feel like right now? 言葉より大切なもの- Ninomiya Kazunari (Kotoba yori Taisetsu na mono)
4. What should you do tomorrow? 虹 - Ninomiya Kazunari (Niji)
5. What will the upcoming week be like for you? ここにしかない景色 - Kanjani8 (Koko ni shikanai keshiki)
6. Will you have a happy life? PeekaBoo - Masuda Takahisa
7. How will you die? Shake it Up - Kis-My-Ft2
8. Will you ever find the boy/girl of your dreams? ハダシの未来 - Arashi (Hadashi no Mirai)
9. What should you do with your life? Go to the Future! - Hey!Say!JUMP
10. What will summer '14 be like for you? So Beautiful - BIGBANG
11. Your opinion on yourself now:  Test Drive (Main Mix) - Akanishi Jin
12. The way your best friends see you: Water Drop - Kanjani8
13. One thing the world doesn't really need? New Hope～ こんなに僕らはひとつ - Hey!Say!JUMP ( Konna ni Bokura wa Hitotsu )
14. What does your life mean? Rainbow - NEWS
15. Your opinion on yourself in the future: 色彩 - Tegomasu (Shikisai)
16. What will next year be like for you? きっと大丈夫 - Arashi (Kitto Daijoubu)
17. What should you be doing right now? Battery - SMAP
18. What does the boy you like think of you? きれいごと-Tegomasu (Kirei goto)
19. Will your dream wish(es) ever come true? そっと きゅっと - SMAP (Sotto Kyutto)
20. What are you really like? Secret Agent Man ～ Deluxe 2000 Mix - Nishikido Ryo

Hi everybody, I am Claudia from Italy! I have joined LJ from a lot, but that's the first time I am doing a presentation :) I will do a test so my LJ friends can know me better ~>

I am going to edit this post later :)
Collapse